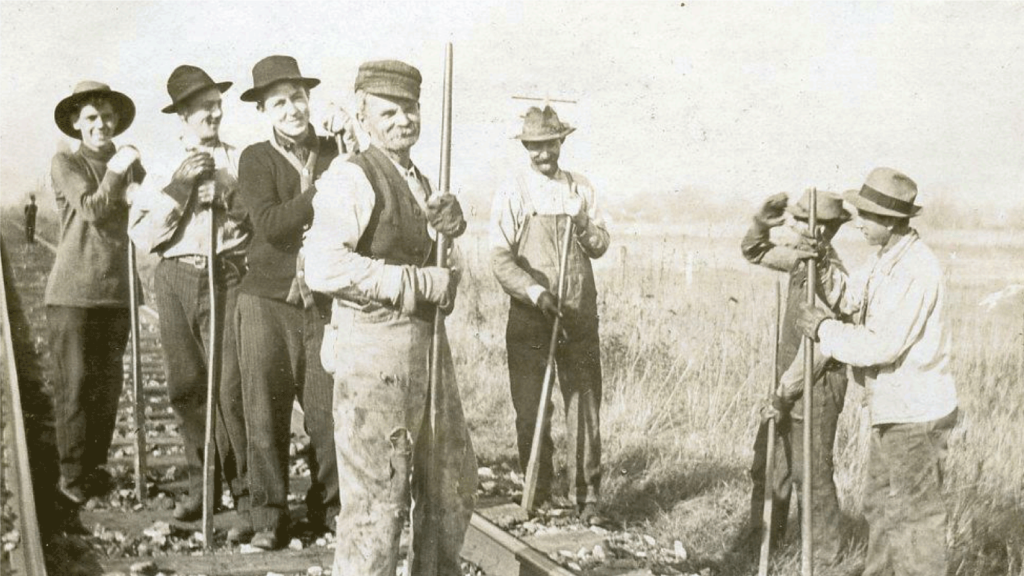 BALTIMORE’S IRISH AND THE BUILDING OF AMERICA’S FIRST RAILROAD

Just in time for Saint Patrick’s Day EC250, Inc. is proud to bring the Irish Railroad Workers Museum to historic Ellicott City to pay homage to the workers who literally laid the groundwork for the nation’s earliest transportation networks. Join Luke McCusker, Director of the Irish Railroad Workers Museum in Baltimore as he presents  “Heading Westward: Baltimore’s Irish and the Building of America’s First Railroad.”  The event takes place in the historic surroundings of the B&O Ellicott City Station Museum and a live performance of Irish tunes will open and close the program.

The event is hosted by Howard County Recreation & Parks Heritage Division at the B&O Ellicott City Station–the oldest surviving railroad depot in America, and one of the oldest in the world. Built in 1831 and designated a National Historic Landmark in 1968. The station was originally designed to handle freight, but eventually transitioned to also serve passengers by 1857. Although passenger service was discontinued in 1949, freight service continued until 1972. The station was preserved and restored by local preservation groups to continue to share the important role the B&O Railroad played in local industrial history. When built in 1831, it was the terminus of the Baltimore and Ohio Railroad’s first 13-miles that ran from Baltimore to Ellicott’s Mills, Maryland. The Railroad was named for its point of origin, Baltimore, and its intended destination, the Ohio River.

Photo: “Gandy Dancers” – Contributed to the Irish Railroad Workers Museum by Henry Gaidis and attributed to B & O Railroad workers.