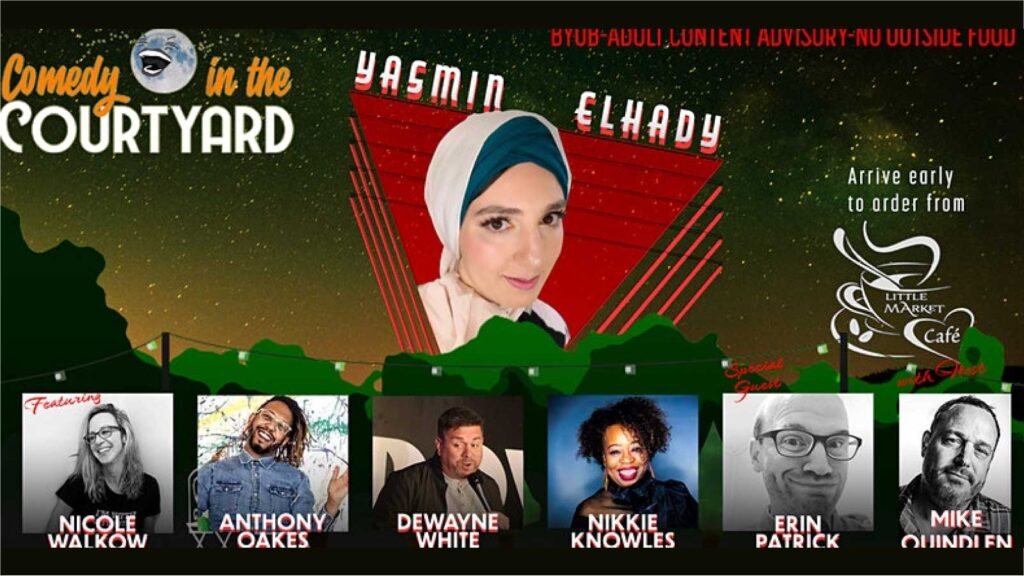 Comedy In The Courtyard returns with headliner Yasmin Elhady

Comedy In The Courtyard returns on Friday, April 29, 2022 with headliner Yasmin Elhady

The Ellicott Silly Comedy Festival is bringing outdoor comedy back again to the beautiful courtyard outside of Little Market Café!

Yasmin Elhady is a comedian & attorney who has toured all over the US & UK. She’s performed at The Kennedy Center and is featured on NBC’s True Story with Ed Helms and Randall Park streaming on Peacock. You can catch her stand up comedy on TikTok (100k+ followers) and her comedic skits on IG (@yasminelhahahady).

A matchmaker in a previous life, Yasmin also dishes out relationship advice as a hyper-active relationship consultant on YouTube (@yasguru). She’s also been featured on NPR, The Washington Post, and in Vice Media’s book “Little America: Incredible True Stories of Immigrants in America,” which was later turned into an Apple TV+ series by Kumail Nanjiani.)

Tickets are $15 in advance ($20 at the door while supply lasts cash only): $13 for advance tickets for Howard County Historical Society Members (HCHS) ($3 will be remitted at the door with your HCHS membership card).. pre-show tickets on sale until midnight the day before show. 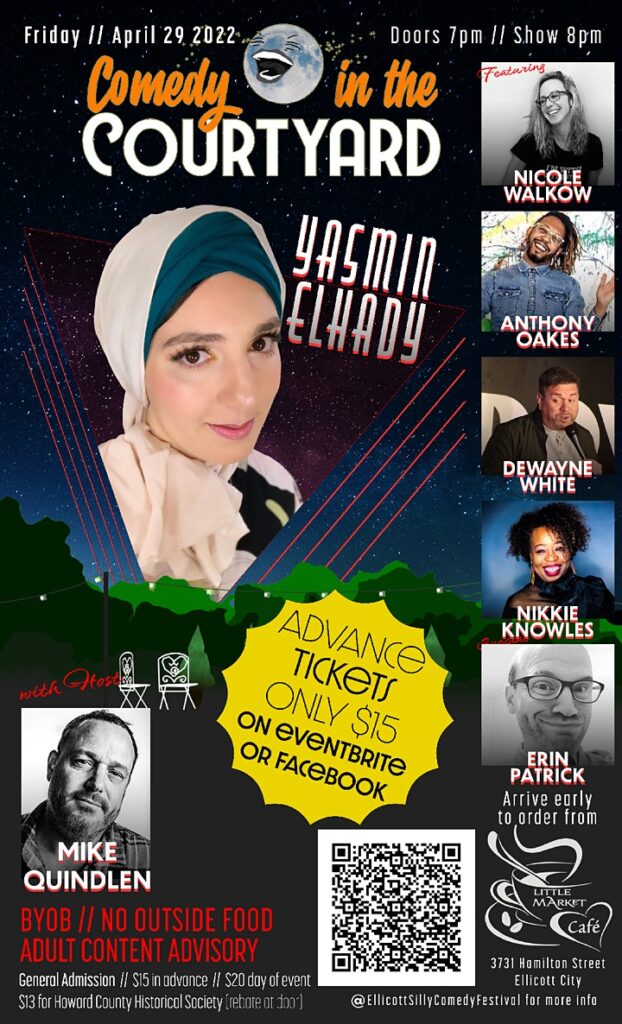