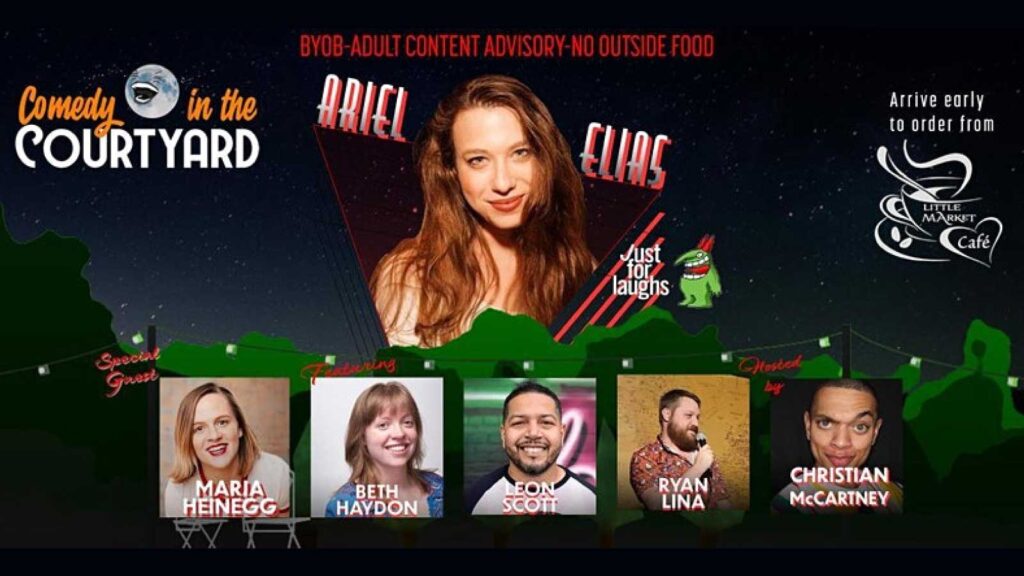 Comedy In The Courtyard returns with headliner Ariel Elias

Comedy In The Courtyard at Little Market Café In Ellicott City w/ Ariel Elias May 20, 2022

Comedy In The Courtyard returns on Friday, May 20, 2022 with headliner Ariel Elias

The Ellicott Silly Comedy Festival is bringing outdoor comedy back again to the beautiful courtyard outside of Little Market Café!

Ariel Elias is a NYC comedian who mixes her unique personal stories with witty, wry observations. This Kentucky Jew made everyone laugh during her bat mitzvah, and the rest is history. She is a writer for As Goes Wisconsin, was selected as a 2021 New Face for the Just For Laughs Festival, and has been featured in the New York Times.

Tickets are $15 in advance ($20 at the door while supply lasts cash only): $13 for advance tickets for Howard County Historical Society Members (HCHS) ($3 will be remitted at the door with your HCHS membership card).. pre-show tickets on sale until midnight the day before show.

All Sales are final; if weather dictates this show may move up the hill to the Museum of Howard County History 8324 Court Ave, Ellicott City, MD 21043 **talent is subject to change w/o notice 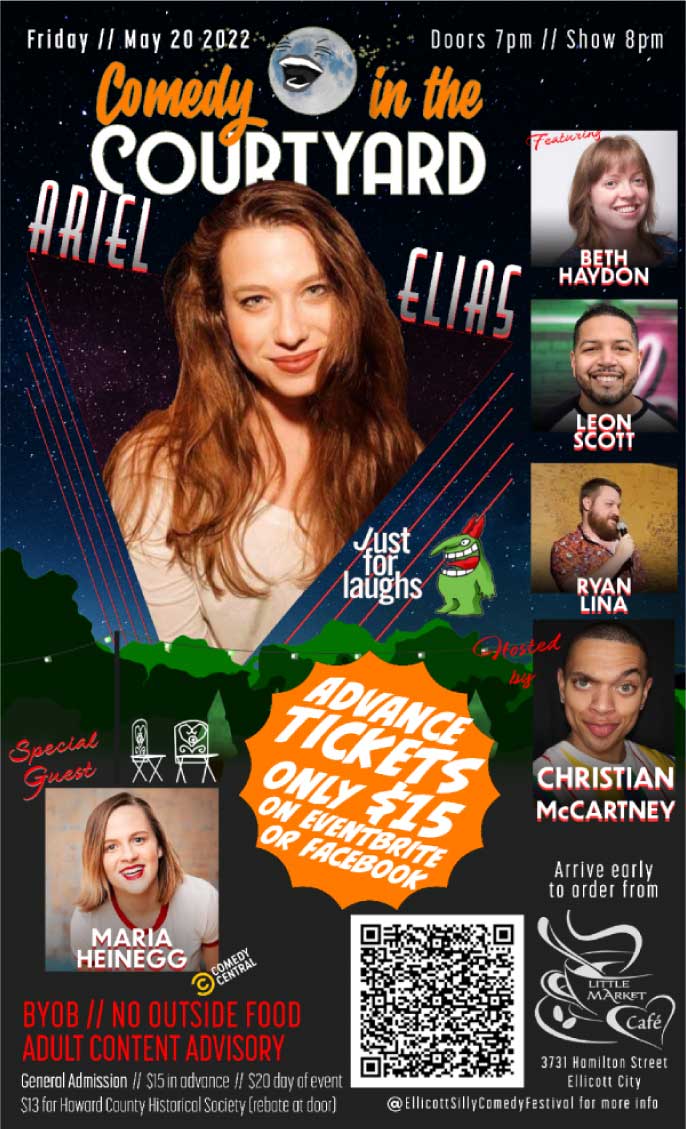