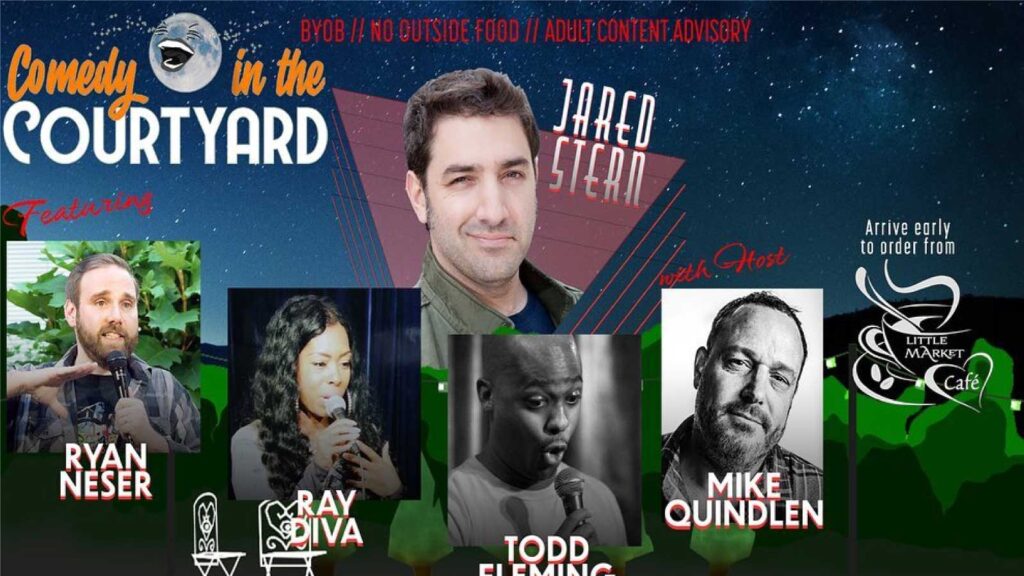 Comedy In The Courtyard returns with headliner Ariel Elias

Comedy In The Courtyard returns to the outdoor stage at Little Market Café with headliner Jared Stern – June 24, 2022

The Ellicott Silly Comedy Festival is bringing outdoor comedy back again to the beautiful courtyard outside of Little Market Café for this BYOB event! #Think #Monument CityBrewing

Headliner: Jared Stern has been making complete strangers laugh at him for twenty years and counting. From humble beginnings at a hole-in-the-wall club in Baltimore in 2002, he is now the most humble person in the world, not that he’s one to brag about it. He was recently told that his comedy was “top drawer”, which is where he keeps his socks and underwear, so that makes sense.

During his career he has performed with the likes of Mike Birbiglia, Judah Friedlander, Richard Lewis, ISMO, John Witherspoon, Jon Lovitz, Emo Philips, and Caroline Rhea. He was voted the 2013 Best Comedian in D.C. by the readers of the Washington City Paper. He was a featured performer at the 2017 What A Joke Fest, the 2018 LaughFest, and the 2019 Oak City Comedy Festival. His album, Or Current Resident, is available on all digital platforms. He can be seen in the comedy special, A Couple Of Characters, available on Prime Video, Apple TV+, and other streaming platforms. He is also the co-host of Between Two Sterns, a comedy podcast that is available on multiple streaming services.

Host: Mike Quindlen (producer of this very show) lives in Baltimore, but is from Philadelphia. He has opened for Rich Vos, J.B. Smoove, Alonzo Bodden, the late John Weatherspoon, Doug Stanhope and a few other legends. Mike is also the founder and creative director of the Ellicott Silly Comedy Festival.

Tickets are $15 in advance ($20 at the door while supply lasts; cash or venmo only): $10 for advance tickets (while supplies last) for Howard County Historical Society Members .. pre-show tickets on sale until midnight the day before show. — online ticket sales end Thursday, June 23 at 11:59PM.

All Sales are final; if weather dictates a cancelation your tickets are good for July 29, 2022 show or we may move up the hill to the Howard County History 8324 Court Ave, Ellicott City, MD 21043 **talent is subject to change w/o notice 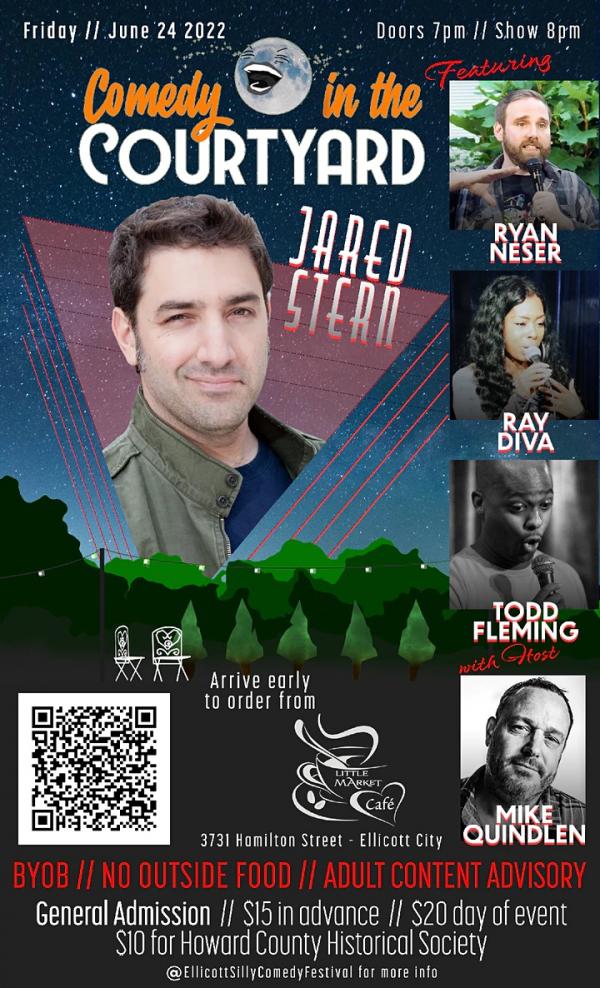