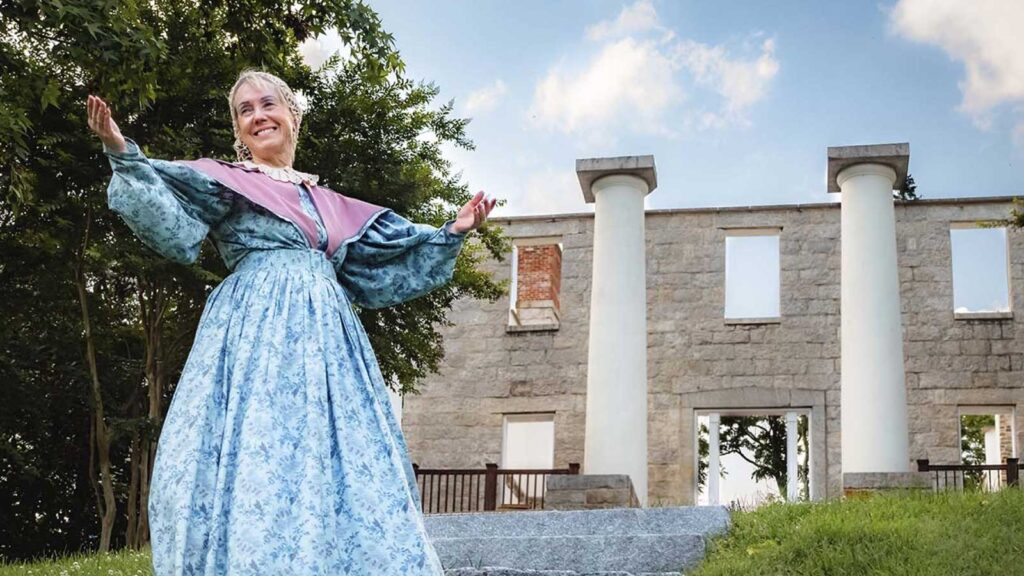 Perched at Ellicott City’s highest point, the Patapsco Female Institute offered a revolutionary curriculum to young women from 1837-1891. The school earned a national reputation for its inclusion of botany, chemistry, and mathematics in a time where it was believed that women could not learn such subjects.