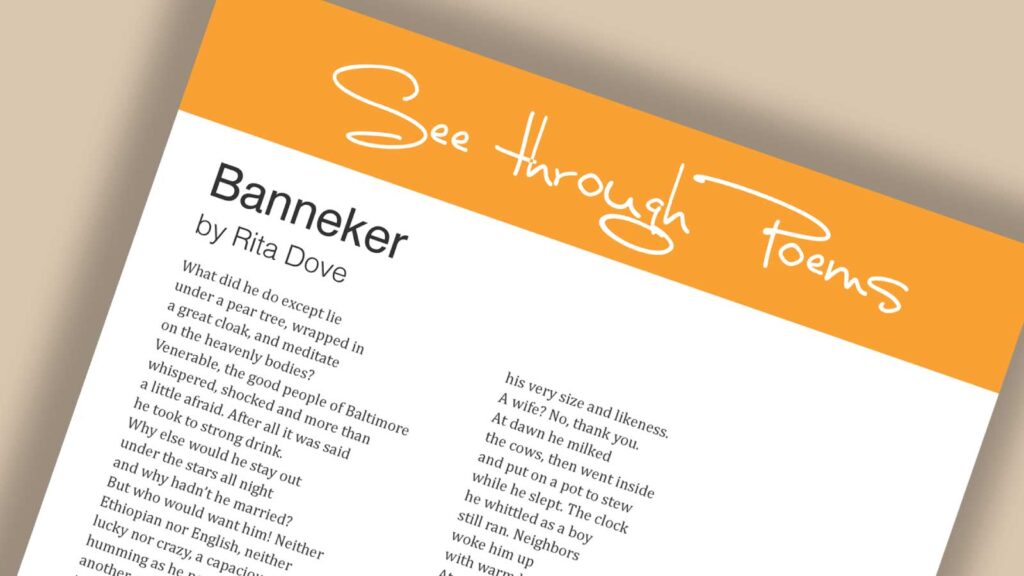 In celebration of Ellicott City’s 250th anniversary Howard County Poetry & Literature Society (HoCoPoLitSo) invites visitors to seek and peek into the town’s shop windows for a specially curated collection of poems that speak to the town’s history, commerce, and people.  The special EC250 “See through Poems” installation paints a picture of the town through a literary lens that features both poets local and national from today and yesterday.

Poems include The Puzzle of the Hound and the Hare by Benjamin Banneker, The Patapsco by Charles Soran, and Henry David Thoreau’s What’s the railroad to me?  Also among the selections are poems about wheat, the Civil War, and the woman after which the town of Oella is named. A compilation of the 25 poems, including HoCoPoLitSo’s insightful and informative background about the poems and their relationship to the town and its history will be available via a QRcode and a special HoCoPoLitSo publication.

The showcase of poems will be on display in Ellicott City from April 1 through mid-June. A community reading of all 25 selections will be held on June 12 from 3 to 5pm at the Museum of Howard County History, 8328 Court Avenue, Ellicott City, MD at 3 pm.