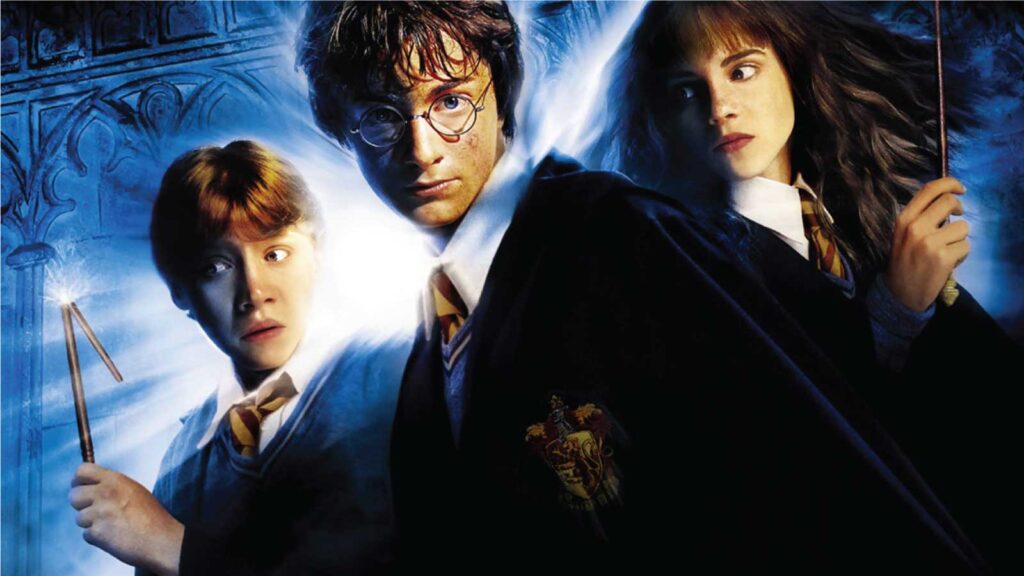 SUMMER MOVIE SERIES
Grab a beach chair or blanket, visit the Bin for snacks & libations, settle in and enjoy the FREE outdoor movie!

About This week's movie:

The second instalment of boy wizard Harry Potter’s adventures at Hogwarts School of Witchcraft and Wizardry, based on the novel by JK Rowling. A mysterious elf tells Harry to expect trouble during his second year at Hogwarts, but nothing can prepare him for trees that fight back, flying cars, spiders that talk and deadly warnings written in blood on the walls of the school.

• Movies Are Provided Free Of Charge For The Enjoyment Of The Community
As They Come At A Significant Cost To The Host, Please Support The Wine Bin By Purchasing Any Alcohol You Wish To Enjoy From Them. Popcorn, Cheeses, Charcuterie And Sweet Cascades Chocolate Are Also Available On Site. Carry-Out From OEC Restaurants Is Also Encouraged.

• An Outdoor Portable Restroom Is Provided. Additional Public Restrooms Are Available At The Howard County Welcome Center Just A Short Walk Down The Street.  The Wine Bin Restroom Is NOT OPEN To Movie Guests.

check out this year's movies

Birdcage
Respect
The Goddess
Free Guy
The Talented Mr. Ripley
Soul
Galaxy Quest
Spiderman: No Way Home
What's Up Doc
Jungle Cruise
West Side Story
The Princess Bride
Back To The Future
Cruella
Barefoot in the Park
Harry Potter and the Chamber of Secrets
Ghostbusters: Afterlife
Summer Movies 2022
Previous
Next