The festival fairies have worked their magic –  the 9th Annual MSMF is going to be our best ever!

Carnival meets music festival at the Riverside Stage in parking lot B! Guaranteed fun for kids of all ages, enjoy a giant inflatable Triple Lindy Slide, Extreme Air In-Line Jumpers, a Rock N Roll Tumbler, fun food & drink and a DJ sure to put a little bounce in your step.

Plenty of Food Trucks and Craft Artisans join us on Saturday to make you and your palate happy. Quench your thirst with local Craft Brews from Manor Hill, Jailbreak and a few other local special guests. Our friends at SoBar are pouring their delicious non-alcoholic treats too.

Between acts stroll our streets and meet our 70+ amazing full time shops and restaurants full of unique treasures and deliciousness.

Count on free shuttles running continuously throughout the day (although we love it when you Uber or Lyft!) OR new for this festival, ride your bike and park it in lot E courtesy of Bike HoCo.

If you’d like to hear about Sponsorship opportunities drop us a line at
Director @VisitOEC.com

So many awesome musicians and not enough hours on MSMF, so we’ve added a Friday Night Kickoff to our festival!

First up at 5:30 find Oella River Band on the Town Center Stage at the Howard County Welcome Center. At 6 pm we add music at both ends of Main Street, She’s Unhinged takes the stage at B&O Plaza on lower Main and Swamp Donkey rocks upper Main on the Homegrown Stage at Wine Bin.

Finish off your MSMF pregaming night at 8 pm on the Courtyards of Little Market Cafe where stand up comedy meets the big band sounds of Ain’t Misbehavin’ for a whole new twist on making music fun, and funny. 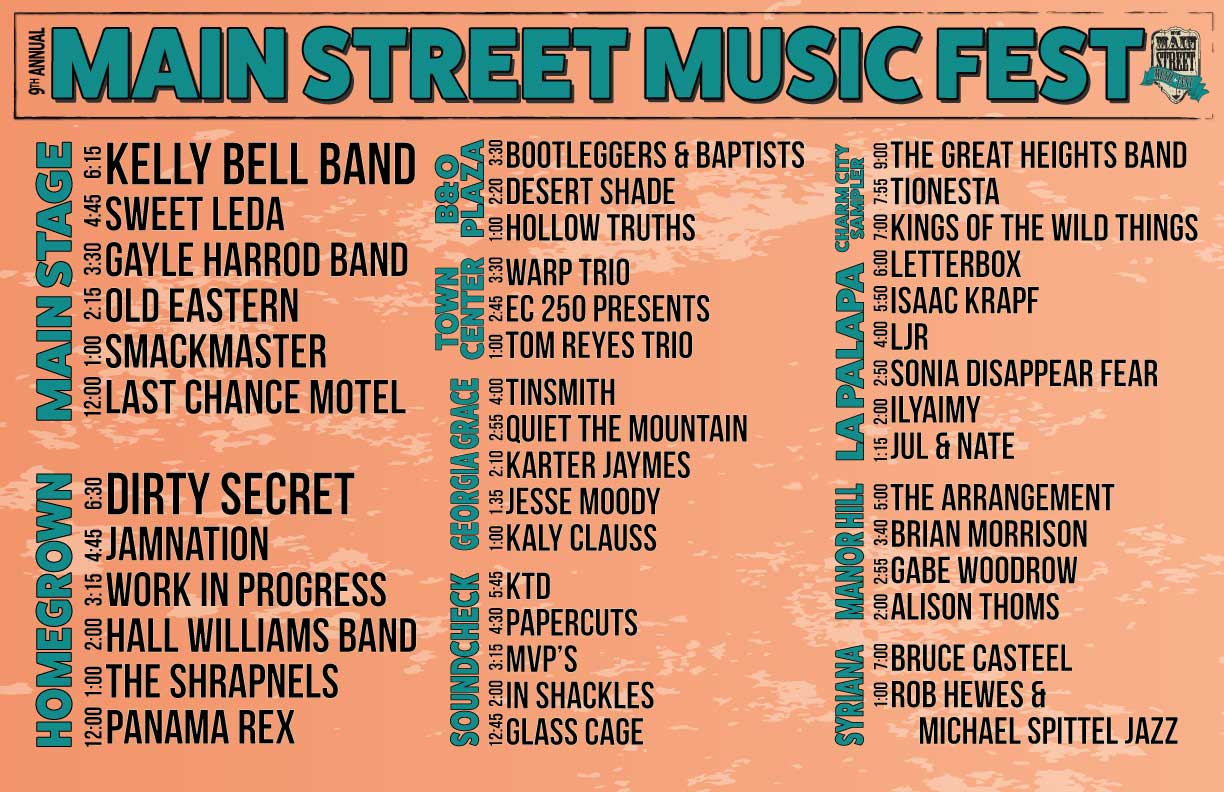 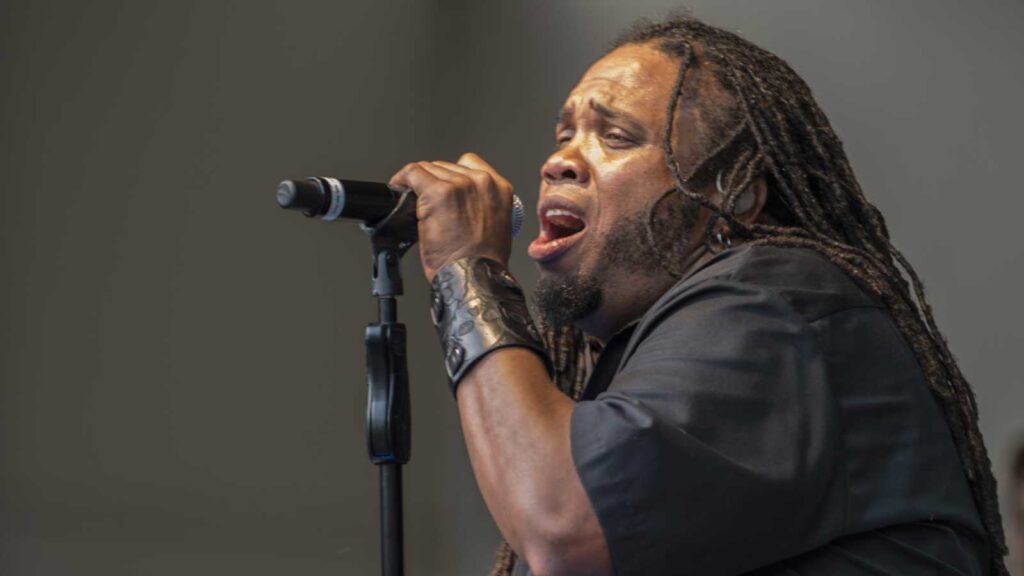 Blues Revue Magazine describes the Kelly Bell Band (KBB) as “Among the most genre-expanding acts on today’s blues scene. Who else can combine elements of hip-hop, funk, and blues-electrified here” Originally formed as the back-up band for rock and roll pioneer, Bo Diddley, KBB has been touring the world ever since entertaining fans in Japan, Spain, Italy, Greece, Cuba, Germany and more.

The band has won two prestigious Maryland Music Awards, including “Best Blues Band.” In 2018 they were been nominated for “Music Icon”. KBB has been voted “Best Blues Band” in the Mid Atlantic Region (12 years in a row), and was recently named “Best Band” by Baltimore Style Magazine.

Powered by Julie Cymek’s sultry, commanding vocals and electrifying stage presence, Sweet Leda knows how to get the party started! In fact, Lou Plaia (co-founder of Reverbnation) describes them as “the highlight of every festival they play.” With its rich blend of new school funk, psychedelic rock, soul and pop, Sweet Leda’s heartfelt original music can best be described as a female-fronted, soul-based, Zeppelin meets Chili Peppers!

Sweet Leda’s sophomore album Let It In captures the live and raw essence of what can only come from years of steady gigs, blood, sweat, and a few tears. To capture this essence, the band recorded all together in one room, tracking analog to 2” tape. What came out of the process is an intimate, in-your-face, edgy sound that exemplifies Sweet Leda live, and at their best. Let It In was recorded and engineered at WrightWay in Baltimore by IRKO (Jay-Z, J Lo, Pitbull, Talib Kweli), mastered by Brian Lucey (Black Keys, Arctic Monkeys, Beck, Dr John), and produced by Sweet Leda’s very own “fifth Beatle,” Stephen Joseph Antonelli, who also produced and recorded the band’s first album, Need The Music.

The band is currently back in the studio working on their third release, which will feature regular collaborators Ron Holloway on sax and Word on vocals and percussion. 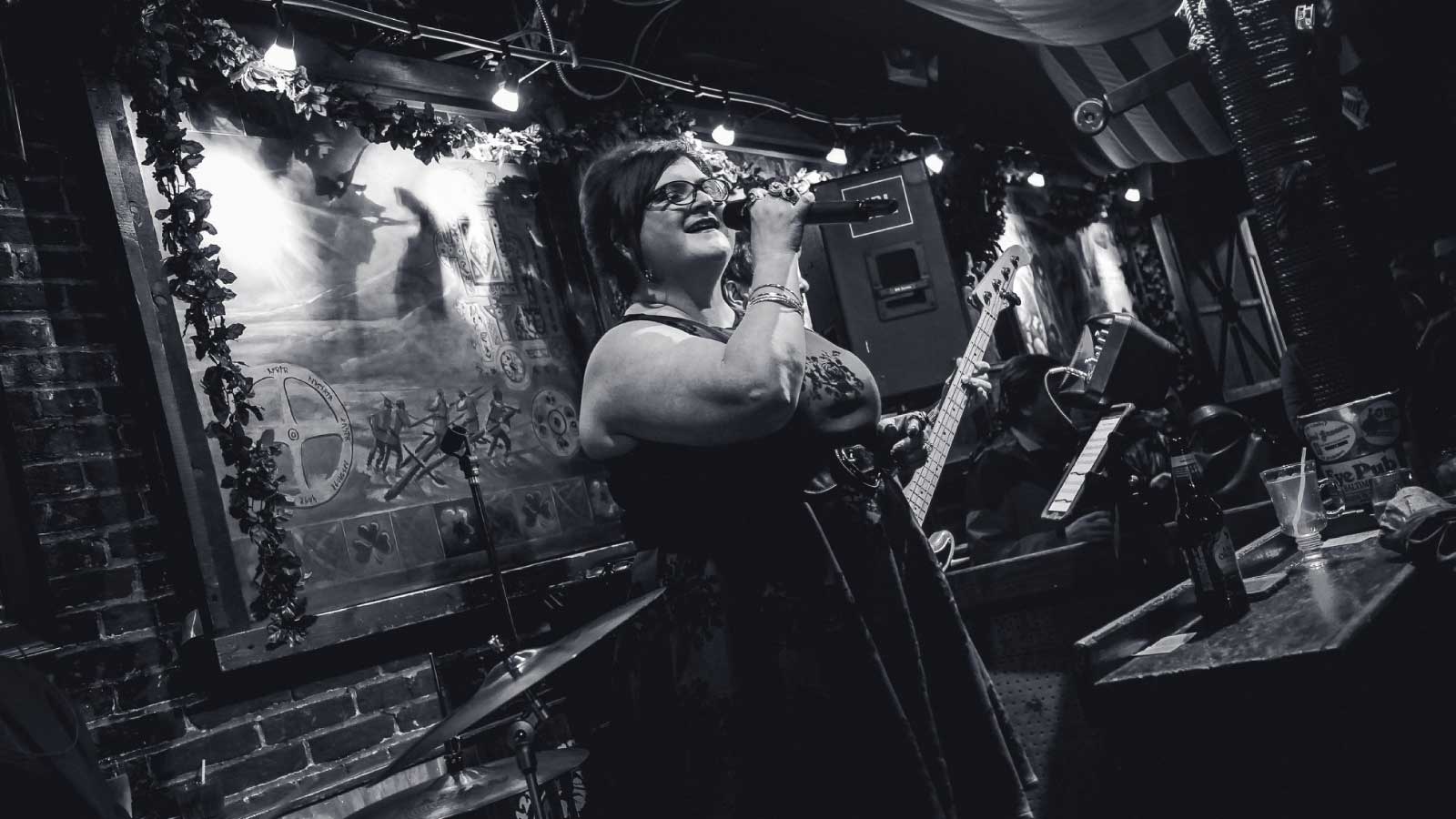 With a blend of deep Blues, Soul, Jazz, Rock and R&B, The Gayle Harrod Band plunges the listener into a modern-day Blues/Soul-infused musical Valhalla from first note to last. The band’s riveting stage presence is fueled by its powerful female bandleader’s full-throttle vocals and the musicians’ entertaining, energetic and instantly engaging stage presence. Their performances have been bringing down the house in Mid-Atlantic venues for years. They are a Blues-lover’s Blues band that is instantly accessible and engaging. 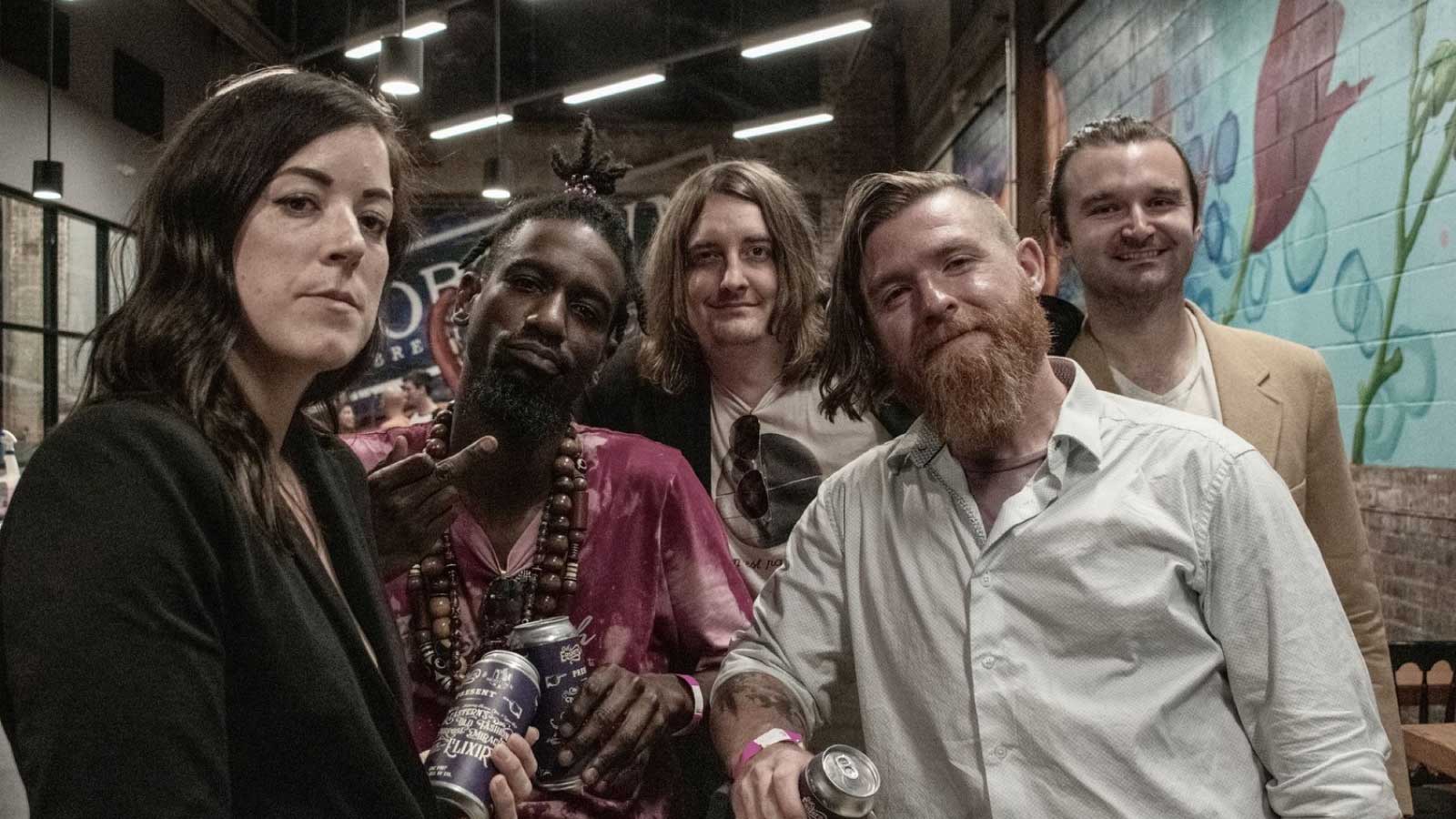 Old Eastern is a gritty, Baltimore whiskey rock band with a stripped down southern rock style blended with a mix of modern blues and funk. Brendan Clarke (bass) and Mike Smith (drums), round out a rhythm section that creates a wall of sound at the heart of each and every song. Nick Volk (vocals, rhythm guitar) adds a gritty and powerful vocal performance to match the growl of his oft distorted guitar. With Terry McGill (Harp) blasting away at the harmonica and screaming vocals at the top of his lungs.

Founded in 2012 their latest album “On the Rocks” highlights this style of in your face, bare bones modern rock music. With the album out, they’ve been spreading their style of WHISKEY ROCK in the “Land of Pleasant Living”(Baltimore, MD) and beyond. 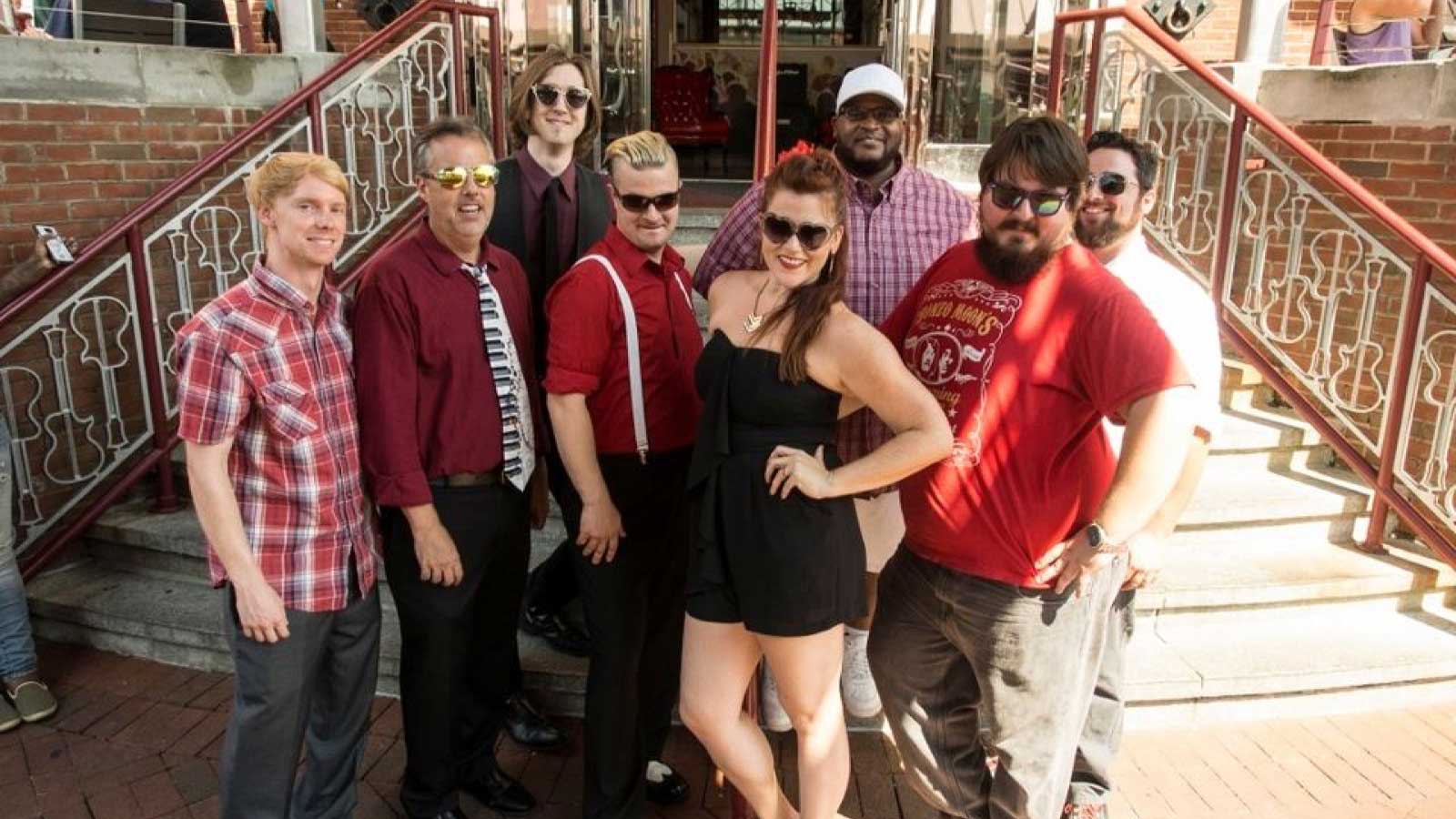 We are Charm City supergroup Reverend Smackmaster and The Congregation of Funk. With our unique blend of Motown, blues, and funky hits from the 60s, the 70s, all the way to today, we bring the noise, the vibe, and the dance party! Shoot us a line and we'll have you groovin' in no time! 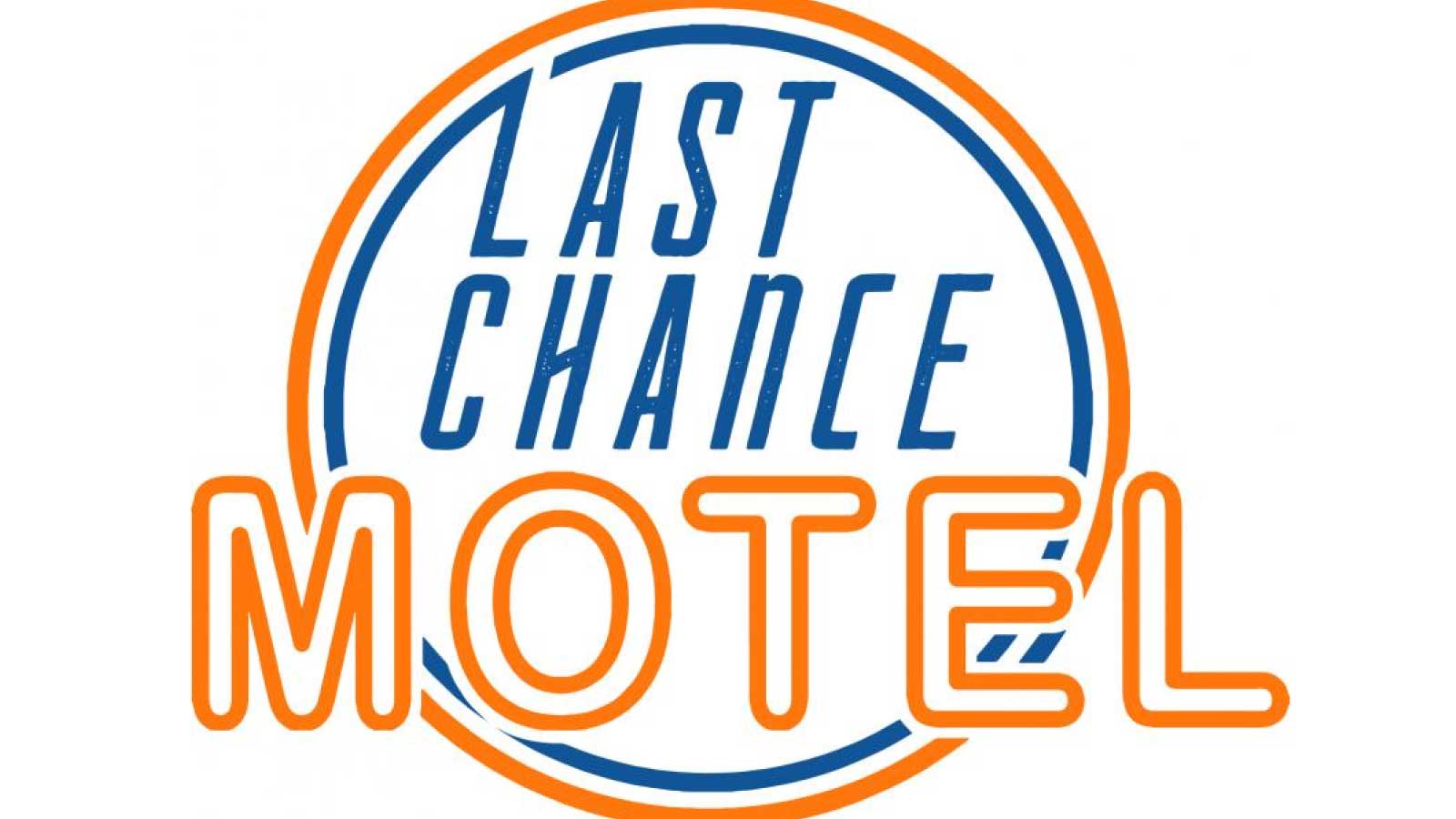 Last Chance Motel is the principal project for Baltimore based songwriter Andy Hall as he looks to explore larger cultural themes using music that occupies a space somewhere between rock and Americana. A veteran of rock (Dropping Sully) and reggae (Tillers Prospect) bands, who has played everywhere from Merriweather Post Pavilion to Baltimore’s more intimate club stages, Andy is writing about current affairs with an historical eye. LCM has a rotating cast of characters coming in and out of the fold but always bringing energy to their performances. The current members of the band include: singer Paul Invester (Tillers Prospect, Soul Prospect), drummer Tristan Gilbert (lower case blues, Sweet Leda, Root Three), and bassist Paul Beckwith (Bendt Fendyr, Crunchy Funkenstein). 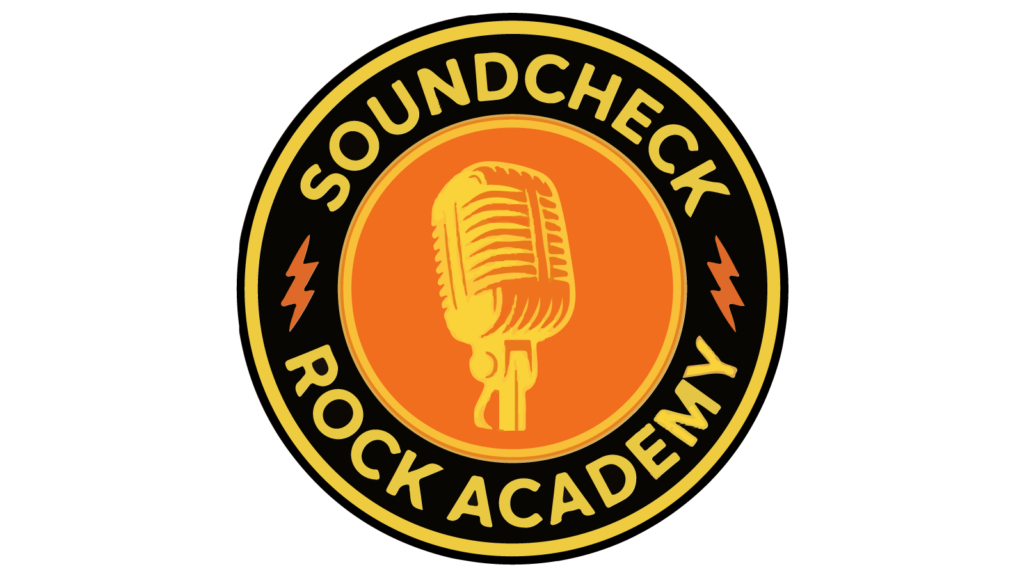 Soundcheck Rock Academy in Columbia MD is a performance based music school located in the heart of Howard County. Taking inspiring music lessons at our central location in Columbia MD allows us to accommodate students from Columbia, Ellicott City and all of Howard County Maryland. Where students take lessons, join a band, rehearse and play shows! We take music lessons and incorporate a team atmosphere and learning style. Students from 6 years old to 60 and older can take lessons in: Guitar, Vocals, Piano, Keyboards, Drums, Bass Guitar, Ukulele, Violin, and  Saxophone. Join a real band, and play real shows and concerts! We have a variety of different experiences for everyone. 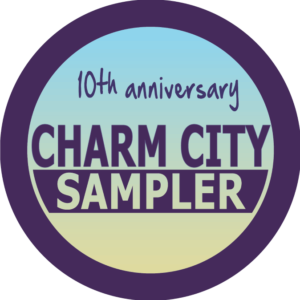 KINGS OF THE WILD THINGS

Special Thanks to Jailbreak Brewing for being a long time MSMF sponsor.

Special Thanks to Manor Hill Brewing for being a long time MSMF sponsor.

Bull On The Loose

Smoke In The City

Smoke iN The City

Keeper of the Bees

Meet friends from BSA, Howard EcoWorks, join The Native Plant Initiative AND get your Face painted! NOON to 5 PM 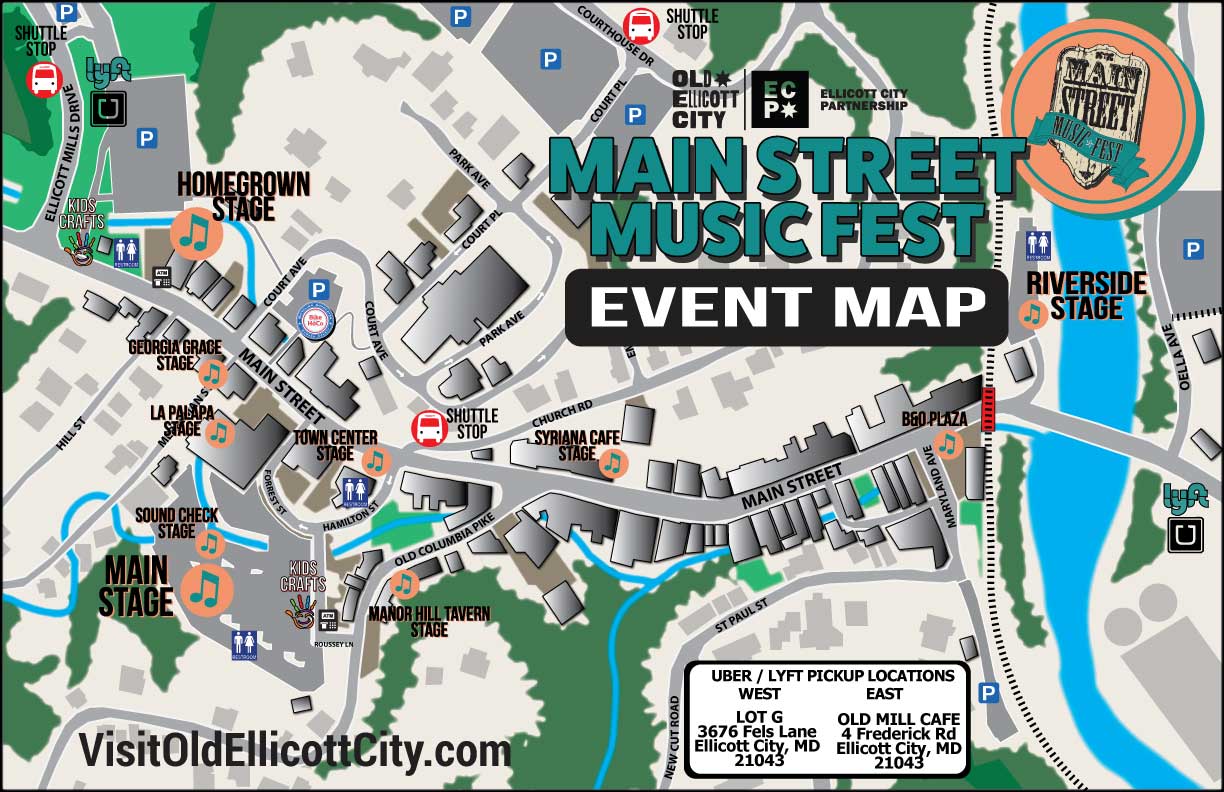 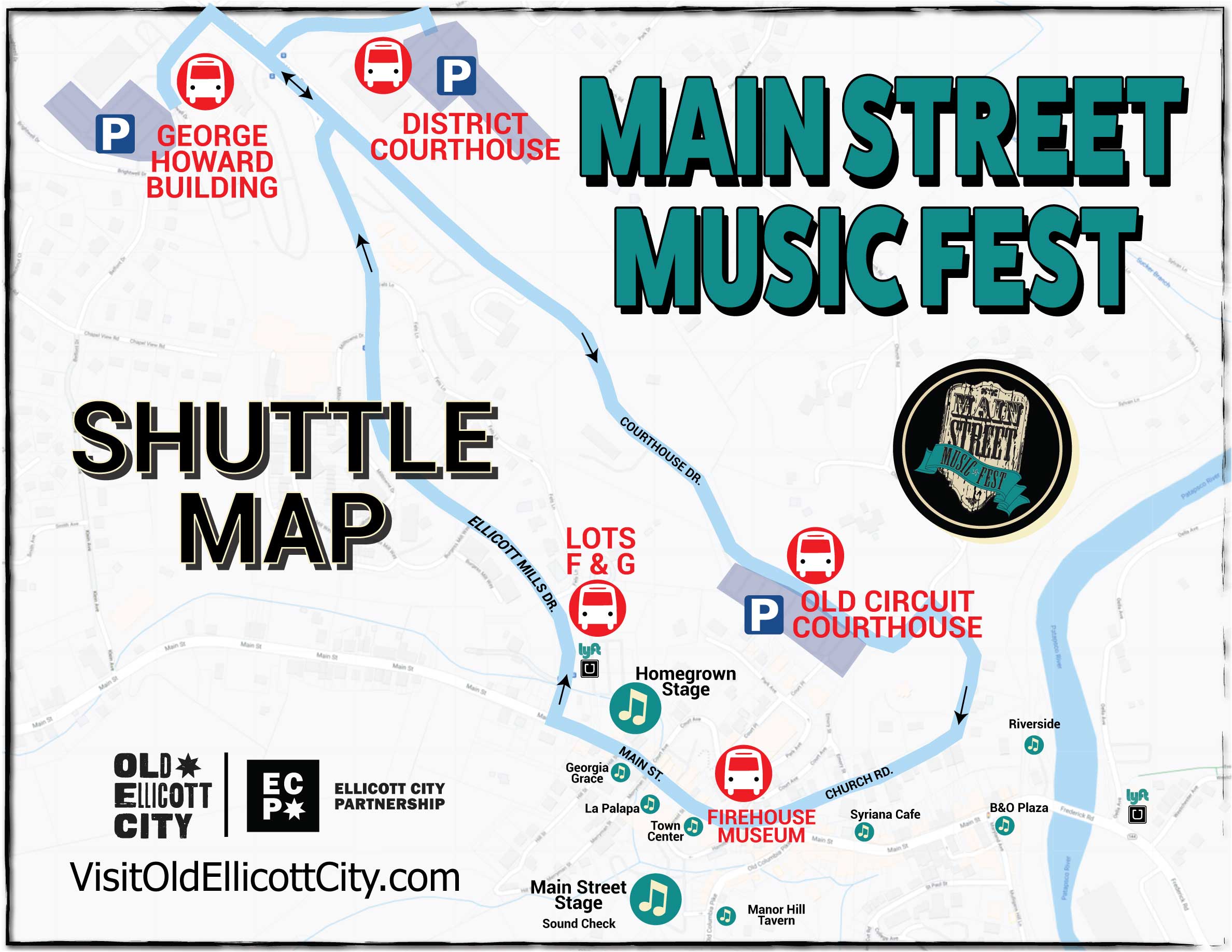